Convention Reception to be Held at Historic Instituto Cultural Cabañas Partners of the Americas is excited to host the opening reception for our upcoming convention, Partnership 2016: Inclusion and Innovation in the Americas, at this iconic site. Upon arriving in Guadalajara from Spain in the early 19th century, Bishop Juan Ruiz de Cabañas sought a way to serve those he saw suffering from sickness and poverty. His solution was a humanitarian facility to provide housing and care. When proposing the building, Bishop Cabañas envisioned a spacious structure that felt heavenly to allow those in refuge to feel connected to God. He hired Manuel Tolsá, a Neoclassical architect whose style differed from those popular at the time, to design the building. Tolsá passed much of the responsibility to Jose Gutierrez, a pupil of his, and construction began in 1805. The result is a single story rectangular complex spanning over 5 1/2 acres. The array of interlocking buildings are connected with covered passageways, and the grounds include and 23 courtyards. These many open spaces were intended to facilitate healing. The grounds converted to the House of Mercy in 1810, its purpose to serve as a home and hospital for the sick and elderly. That same year the Mexican War of Independence broke out and the space was dedicated as military barracks. When the war ended in 1821, the grounds resumed their original purpose, opening as hospital, as well as an orphanage and school. Beginning in 1857, the Sisters of Charity took over management of the grounds and renamed the compound Hospicio Cabañas. Under their watch, Hospicio Cabañas experienced a “golden age” of humanitarian service for nearly 20 years. The government took over management after 1874, and the building continued to house those in need until 1980, including reverting back to military barracks in 1910 for the Mexican Revolution. Its services aided more than 6,000 people over the course of nearly two centuries. 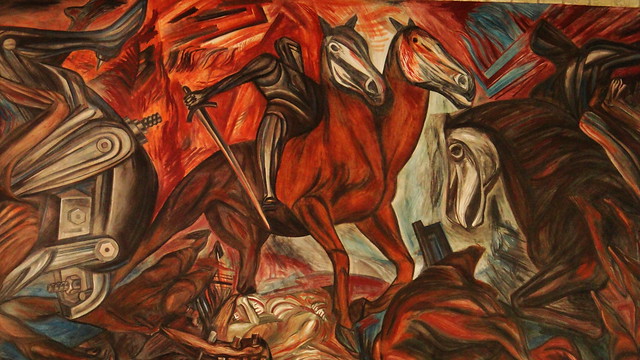 In the late 1930s, José Clemente Orozco adorned the building with murals that remain some of his most respected pieces. Orozco was a popular artist born in Jalisco who practiced fresco, a method of mural painting that sets the color into the wall plaster making the artwork a part of the wall itself. Orozco completed 57 frescoes in Instituto Cultural Cabañas that depict Mexican and Spanish culture. Some of the art shows Mexican indigenous life prior to the Spanish invasion while other pieces depict a more modern Mexico and Guadalajaran life. 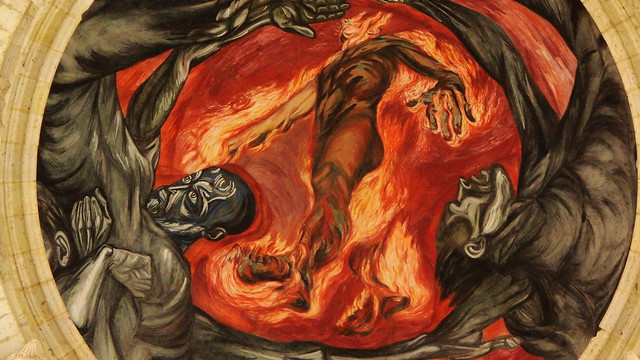 The most famous fresco is painted on the ceiling of the 60-meter-high chapel. Titled El Hombre de Fuego or “Man of Fire,” it shows a man covered in flames. There are many differing interpretations of the imagery, such as the human transition to industrialism or the pain of human oppression, but most agree that it is a supremely impressive feat of art. Though painted on a dome, the man in the image appears not only straight but upright and rising, a deliberate use of perspective. 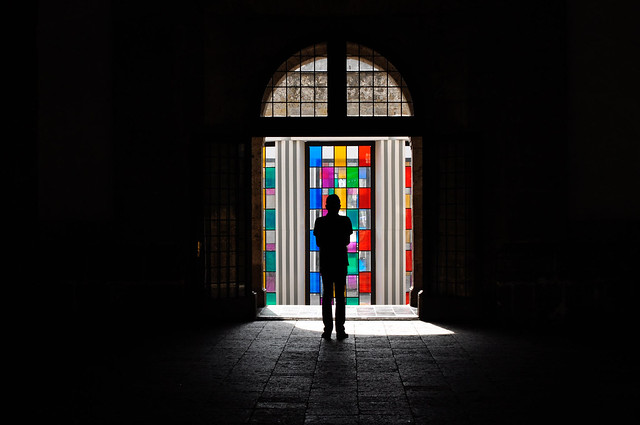 Since the 1980s, Instituto Cultural Cabañas has transitioned into an art institution. Former dormitories now house installations of modern art and it is headquarters for the Cabañas Cultural Institute. It became a UNESCO World Heritage Site in 1997. So is it haunted? There used to be a clock in the building, and legends say that whenever it stopped a child would die. The clock was removed in 1952. Whether you believe that it is haunted or not, Instituto Cultural Cabañas remains one of Guadalajara’s most iconic sites and will be a visit to remember.

Explore Partnership 2016: Inclusion and Innovation in the Americas.